2. Corpus Delicious: The Convoluted History of A-hh, How It Got Its Name, and Why You Should Not Ingest in Public 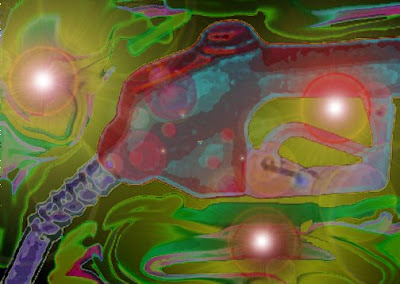 I’m Miss Lilithe D’Adame, a Quality Control Engineer at the A-hh Factory, and I’m here today to deliver “The Talk” to you. I have been granted special permission speak of this topic in a public venue because it is important that you understand the rules so that you don’t break them.

I realize that this is an embarrassing topic for you--all of us, actually--but it’s time that you know some facts so you don’t later fall into temptation.

(Some giggling and whispering.)

(The boys and girls settle down. In exact precision, they open their netbooks and begin to type.)

A-hh was born in the 21st century, during a time when domain name cartels controlled the buying and selling of dotcoms, the gold standard for navigating the web.

Aren’t we glad those bad old days are behind us?

Those awkward dotanythings seem silly to us now that the interweb has been tamed into the Supreme Lady that she is today.

You, my dear children, are so fortunate that the buying and selling of keywords has been strictly forbidden.

Not that it’s necessary, now that we Lumens are fully wired to the interweb; we always have access to what we need, when we need it. And if we can’t find it, then it’s not relevant.

So much for the short web history, which you will study in more detail during 6th form.

A-hh was developed by one of our Founding Mothers and a sharp business woman: the famous D.B.A. Jennifer International, who wanted to develop a new slimming product that would offer complete nutrition without consumers having to chew and swallow chunks of matter.

(Rises up from a chorus of children:)

That’s quite enough, class. I realize that certain means of ingestion are repulsive, but what do we know about history?

“If we don’t study history, we are doomed to repeat it!”

That’s absolutely correct, but be sure to study the right history. The wrong history leads to nothing but trouble.

Good, then. Back to our lecture.

We don’t know much about Miss International--we don’t even know what her initials D.B.A. stand for. Alas, we lost much of our history prior to the 22nd century due to the great electronic meltdown of 2099. Therefore, our Founding Fathers and Mothers had to reset history and reinterpret it.

But we do know this: Miss International worked with some of the best scientists of the day to develop this uber nutrition, which, for the times, turned out to be a superior product and nearly complete as a stand-alone source of nutrition.

Not quite, but almost. That would come much later.

In those days, if someone wanted to sell a product to the public, they had to set up a website, preferably using their product’s generic name for their domain name.

Users who wanted to find that product would need to type in a domain name in a box, such as

Now who’s going to remember a name like that?

(A tiny voice from the back of the room:)

So Miss International set out to find her perfect name for the web but soon discovered that the best generic names for her product were already registered, many of them for sale by the domain cartels.

However, our Founding Mother wasn’t about to buy a name from any cartel, so she decided to find, on her own, a domain that she could buy for cheap, directly from a registrar, a company in charge of registering and maintaining domain names for its clients.

One day, she happened upon an interweb forum--forums are now outlawed, thank goodness!--that helped cartel owners to find, buy, sell, and register domains for their portfolios.

We know for certain that Miss International made a difficult ethical decision, when she stated, “If you can’t beat ‘em, join ‘em.”

So she joined and lurked on the “Available Domains” conversations.

History has forgiven her for this transgression, which, at that time, wasn’t a transgression at all. One fact that you must remember about history: acts that are now illegal, often were legal way back when. So we must view historical events through a different lens and offer allowances to people who had to work within existing systems.

Besides, had not Miss International not taken this important step, our lovely Corpus Luminous, as we know it, would simply not exist.

Our Founding Mother continued to lurk on the forum. She soon realized that she wasn’t going to acquire a generic name related to her product unless she was willing to make a major financial investment.

One day, she stumbled upon a conversation debating the pros and cons of hyphens in domain names. Most resellers of domains argued that hyphens were to be avoided because computer users were less likely to type a hyphen in a domain name.

Miss International thought it was a silly debate because, many times, while conducting research on the web, she had typed in hyphenated names; those resellers were simply being obsessive-compulsive.

Even so, the good generic hyphenated domain names were gone as well. Obviously, a lot of people disagreed with the purists.

She visited other conversations on the forum. People often discussed building a brand from short, pronounceable made-up words, like “Hulu” and “Digg.” But these types of names were gone too.

The one day, Miss International had an A-hh moment: she found A-hh.com on the “Available Domains” conversation. Despite the hyphen, the word was short and real, expressing what was then considered pleasurable.

And the world changed forever.

Of course, over time, the meaning of “A-hh” has changed to reflect a deeper religious meaning, for ingesting is supposed to be a reflective time.

She set up her website and started selling A-hh to the public when nutrition was sold in public stores and still ingested in public.

Fortunately, the A-hh keyword now belongs to the government, no more dotcom.

As you will study later, shortly after the meltdown in 2099, all the dotcoms, dotnets, dotorgs, etc. went KAPUT!

The term “A-hh” is now fully protected and its use in print, the interweb, and in public discourse is strictly forbidden.

I can’t give you too many details on how the substance A-hh evolved into what we ingest today because those facts are a trade secret and must be withheld from the general public.

Besides, why would you care?

I’m here today for another reason: some boys and girls from this school were caught ingesting contraband A-hh in public. In addition, we suspect that these same kids also painted A-hh graffiti all over the bathroom walls. They are being severely punished; if they weren’t minors, they would probably receive the death penalty.

I’m going to show you a short film:

(As the room darkens, a title appears on screen: “The Last Party.” Melodramatic music, fraught with angst and terror, plays. Images depicting young adults whooping it up with A-hh at a party, then a police raid. These young people being rounded up and hauled off to jail and then being convicted of unlawful ingestion. Receiving the death sentence. Then a time-lapsed collage showing the prisoners, on display in the center of the city, slowly starving to death, and, finally, their naked emaciated corpses on display in the rotunda. The film ends abruptly.

The boys and girls squirm in their seats. A girl in front sobs.)

Kids, this film is just an re-enactment, but the penalties shown are real.

As it is, the teenagers caught last week are looking at 20 years of house arrest, which means they will lose all opportunities for a good career. They will be assigned at-home work: menial tasks at low wages.

You’re young and exuberant, so, naturally, some of you will want to take risks. I say “go for it,” but leave A-hh out of your chancy activities.

Have wild parties, enjoy lunch with each other, whoop it up in the town square, play loud music, speed on your motorcycles. Some of these carry small risks, but nothing like the grave consequences attached to ingesting illegal A-hh.

If an older child offers you A-hh of any kind, simply turn away and then report him or her to school authorities, who will discreetly take care of the situation. You’re not snitching; you are possibly saving the offender from more serious consequences.

Remember: always ingest your allotment of A-hh in the special booths in designated public spaces or your special A-hh space at home. Remind your parents that A-hh ingestion must be done in total isolation and not to be ingested during their dinner hour.

If they don’t comply, let the proper authorities know, especially if they ingest in front of you. You should not have to bear witness to others ingesting A-hh, even your parents. If you have only one A-hh space in your home, then individual ingestions must be staggered. Your parents already know this, but a gentle reminder can’t hurt.

Bear in mind that you can’t rush through ingestion; the nozzle is set to dispense a certain amount of A-hh at a set time, customized for your individual needs. So make the most of your A-hh time. Meditate. Pray to your God. Offer penance for your misdeeds. Do nothing but ingest and think.

Any questions before I go?

(The boy in the back, a freckled-face redhead, raises his hand.)

A gasp rises up from the classroom.

Corpus Delicious is copyright 2009-present (Jennifer Semple Siegel), and may not be reposted or republished without permission from the author.
Posted by Jennifer at 10:58 AM