1. Corpus Delicious (a novel): The Board of Acceptable Body Weight and a Decent Proposal (Instead of Jail) 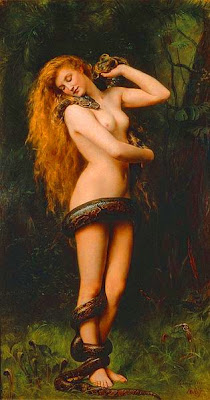 Or toast, steak, oranges--or even a stale saltine cracker.

Lilithe, who prefers being called Lily, has never eaten anything at all. In fact, she and her fellow citizens have never even heard of solids being ingested for survival.

In her country, the Land of Corpus Luminous, citizens don’t eat; they sip A-hh, the national nutrient, or plain water. Anything else is considered contraband.

And the people ingest nutrition through the oral cavity in total privacy, even away from the eyes of their loved ones.

Only total perverts smuggle their daily allotment into containers and later drink their A-hh in social settings. These “people” are considered the scourge of society.

Taking in nutrition, a necessary evil required for basic survival, has long been associated with fat and corpulence, and, therefore, is spoken of only in hushed tones and never in polite company. Children who yell “A-hh you” or “Fat you!” find themselves in deep trouble--and a mouth full of soap.

She often runs afoul of the law and, at least once a month, must pay a hefty fat tax--usually after the mandatory monthly weigh-in, but sometimes mid-month if a food cop nabs her while being fat.

Lily can easily afford to pay high fat taxes; she draws an excellent salary as a Quality Control Engineer at the Nutrient Plant, the government facility in charge of manufacturing A-hh and distributing it to the cleverly masked Nutrient Stations around the country. As an “Edge Person” with a good education and even better political connections, Lily’s corpulent days are grudgingly tolerated--enough to avoid serious jail time, although not enough for her to weasel out of her nuisance tax.

Funny, though. Despite her corpulent tendencies, Lily doesn’t sip A-hh any more than anyone else her age and sex. In fact, A-hh, considered a highly-controlled substance, is dispensed in exact portions to the citizenry, determined by individual specifications based on age, gender, job classification, caloric expenditure, metabolic rate, and body build.

Trafficking in illegal A-hh carries an automatic death sentence, carried out by public execution, which happens so rarely that Lily doesn’t remember it ever happening her lifetime. According to horror stories handed down through generations, these executions, extending over several months and even years of public display, are ugly sights, the executed suffering slow, gruesome deaths caused by continuous intravenous feeding of a special Super Octane A-hh, kept in reserve just for this purpose.

At birth, citizens are implanted with a microchip, which, when scanned at a Nutrient Station, dispenses a specific amount of A-hh: growing babies and children receive more proportionate to body size, elderly people less.

Generally speaking, citizens receive between 1,000 and 3,000 calories per day, men who are heavy laborers on the high end, women and light workers on the low end. The National Nutritionist Board issues monthly guidelines to local boards who then determine the specific need for their area Nutrient Stations, all A-hh inventory based on continuous census tallies, updated several times a day. That way, there is very little chance of illegal A-hh bypassing legal channels and slipping into the Black Market, which, according to government sources, no longer exists.

Someone Lily’s age (28) and sex is typically allotted 1,800 calories per day. Not that she would crave any more than that, for A-hh has absolutely no flavor or any other sensory pleasure attached to its ingestion; however, the body still needs what it needs for survival, so, in that sense, Lily looks forward to visiting the Nutrient Station six times a day.

If she were a hard laborer and male, she would be allotted between 2,500 and 3,000 calories per day; however, Lily isn’t envious. She loves her mostly sedentary job and would rather be allotted fewer calories than have to toil in the fields or on a road construction crew.

Today, Lily has been called before The Board of Acceptable Body Weight, after a career-climbing colleague has accused her of pilfering A-hh for personal use. Moreover, an inventory audit has indicated that a small batch has gone missing in the past month, and, add to that, Lilly’s body has expanded to a not-so-loose size 12, which in itself could have triggered an internal investigation, given her sensitive position in the Nutrient Plant.

Standing before the Judge, Lily pleads “Not Guilty.”

Given that her accuser has failed to provide any concrete proof of Lily’s involvement in pilfering the substance, the Judge dismisses her case, but issues this caveat:

“If you are EVER caught with illegal A-hh, the consequences will be dire.”

“Yes, Your Honor,” Lily says as she picks up her papers and briefcase.

“Not so fast, young lady. I’m not finished with you yet.”

“Something is obviously going on here.”

“I see standing before me an unacceptably fat person, which suggests that something unusual is occurring here. I can only surmise that your caloric intake HAS increased--”

“Well, how do you explain your current condition? Are you pregnant?”

“No, Sir, I’m not.” Lily says, almost wishing it were so, which would be no big deal in Corpus Luminous. In fact, most people no longer bother getting married; for the past 200 years, plurality and casual relationships have been sanctioned as acceptable and even desirable.

“Your Honor? May I make a suggestion?”

The judge rubs his handsome chin. “A most unusual request...”

“I want to prove to the court that I’m telling the truth. If I were stealing A-hh, why would I propose such a draconian punishment?”

Lily takes a good look at the Judge. He is, perhaps, 45 to 50, maybe a bit older than Lily normally likes in men, but not at all bad looking; very slim, with rugged features and taut, brown skin, black hair with no gray, intelligent blue eyes. Yes, this could work and even be enjoyable for both of them... “And business lunch. My treat.”

The Judge looks up from his papers and takes a close look at her. “I normally don’t do any kind of lunch with fatties...”

“I’m an edge person, Your Honor. There’s a big difference.”

“Debatable, perhaps, but, still, I find you oddly spunky and intriguing.” He smiles and takes a deep breath. “Okay, then, I sentence you to a limit of 1,500 calories for exactly one month and one business lunch date with me, at your expense, at a time and place to be determined by the Board.” He lowers his hammer. “Dismissed!”

(Whoa! Let’s back up to 2009, where such a practice would surely land Lily and the Judge in jail, for bribery and sexual harassment respectively. But try to imagine a future culture in which the intake of solid food would be strictly forbidden and the act of ingesting liquids would be an extremely private act, not to be carried out in social settings. How might the founding fathers and mothers of this culture compensate for the lack of “breaking bread” with others? Dear reader, you figure it out. And, please! Don’t take “lunch” so literally!)

Corpus Delicious is copyright 2009-present (Jennifer Semple Siegel), and may not be reposted or republished without permission from the author.
Posted by Jennifer at 10:23 AM

Email ThisBlogThis!Share to TwitterShare to FacebookShare to Pinterest
Labels: 1. The Board of Acceptable..., A-hh, Corpus Delicious (a novel)